Would you believe that the history of mankind is literally written on their faces! But according to Christopher Old stone-Moore, the author of the book, Of Beards and Men says that facial hair can be seen as an index to changing idea over time, of what it means to be a man.  Over time, these sorts of shifts are uncommon; they are big shifts that happen periodically throughout history. 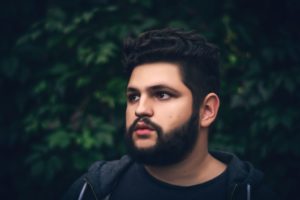 The earliest caveman had facial hair and throughout history it continued to don the male dominion as an identity until Alexander the Great (circa 320 BC) introduced the norm of shaving.  This continued into the Roman era where you could find the citizens of Rome to be clean shaven. This saga was broken by Emperor Hadrian in the 2nd century and the first beard movement began.  The Roman magnate sported a beard and established a new standard.  Later on in the Middle Ages kings, knights and priests favored beards and this was the second beard movement.  The third movement was rekindled in the 1500’s during the Renaissance period; however it would be wise to note that beards weren’t always popular.  From around the 17th century for almost 150 years, facial hair completely disappeared from men’s faces.  The new gentleman was a clean shaven and ‘refined’ individual. The beard now belonged to the lower classes and the less fortunate in the society.  Shaving was a virtue and a luxury that was enjoyed by the rich and the affordable. And the final beard movement came about in the late 19th century which continues to this present day which we are all aware about.

Over the last decade facial hair has made a big comeback and more and more men today are sporting beards of various shapes and styles.  If you are reading this article then you must be certainly interested in sporting one for yourself and have also tried to grow one yourself, but have been frustrated that it has not come out as expected.

Now that you have decided to step up to the challenge of growing a beard, then it is time to start growing.

Those without beards often think that growing a beard is easy.  Just don’t shave and you have a beard! However, in reality, growing a beard is a bit more complicated than simply not picking up your razor.
From the practical to psychological, whether you’re planning to grow a beard or have already begun…this article has everything you need to know on how to grow a beard.  The tips mentioned herein will help you in every step of your beard growing journey.
Factors influencing beard growth or thickness –

Now there are certain aspects of facial hair that you must remember.  Not all beards grow at an equal rate. Individual traits play an important role in beard growth.  Internal physiological factors which determine how full and fast your beard develops include age, genetics, hormone levels and climacteric conditions.

Just like any other hair on your body the facial hair is also governed by the genes that you have inherited.  If you do not possess good genetic DNA then do not expect a magical growth overnight or a bushy development over the next few months.
However, there are certain few things that might be useful to you in growing a healthy beard which can give you a nice luxurious, well groomed appearance that you just might be looking for.
Growing a beard:

Beard growth takes several months.  So, firstly, be patient. Rome was not built in a day; neither will your beard spring forth overnight.  Facial hair grows at approximately one quarter to half inch per month, depending on various lifestyles and climatic conditions. The process can be divided into stages based on time.  Having a clear roadmap to beard growth will help you stay on course when times get touchy and tough.

Nevertheless, there are ways you can stimulate beard growth, but patience is the key.

And for those who wait the results are sweet.  For some the growth can be full and for others it could be a small tuft…whichever style you want to sport, achieving it might take a couple of  month’s time or even longer – so its all about patience and perseverance, if I may add.

For the first timers or newbie’s, do not touch your growth for the first two to three months, let it grow, naturally.  Do not interfere in the growing process, at all. Let it be.

The process of natural growth lets you discover your beard type, color, strength and other features.  Basically in this period of time your natural beard forms the raw materials which you will later transform or shape into your desired personal style.

The first 3 months require the most commitment.  Your beard isn’t going to look great. At this stage it will be messy, wiry, patchy, disheveled and immensely itchy.

Facial hair grows in a very unpredictable manner hence do not expect uniform growth on your face.  The bottom line is, be patient and give your beard a chance to grow naturally.

After the initial 2 to 3 month period and if you have endured the immense temptation to shave it off and you still have the beard on you, then congratulations…you’ve survived the test.

Now let’s take a look at the growth of the beard week by week till the third month.
One week beard –
At the end of the first week you will have the coolest looking beard. Most guys will get a nice, even stubble that resembles a five o’clock shadow.
Two weeks beard –
At two weeks your facial hair would have grown and it will seem like you have intentionally not shaved.  There will be substantial growth and some itchiness may be experienced during this phase.
Three weeks beard –
Three weeks and itchiness is all over your face. This is the acid test for those who want to sport a beard.  The growth is patchy and your aesthetic appeal is thrown out of the window.

Congratulations, you’ve survived a month now.  This is very important because from here starts the big picture.  Your beard will look wiry and wild and a little grooming would help a lot at this moment.

After about two months, your beard is finally ready for maintenance and styling.  You should now start looking for a style which would match the shape of your face and begin accordingly.

Now that you’ve a beard and are dead serious on sporting the best mane in the town…here are a few principles that you can follow to achieve your goal.

Remember, growing a beard is an adventure that can be a surprising process of self discovery.  And it certainly is a manly thing to do. It is even manlier to grow a beard and keep it.

After 3 months, you would know that your beard does not grow uniformly hence it would be the right time to trim, shape and style your beard.  While selecting your style you would want to consider a couple of factors; firstly, what is your face type? Secondly, considering the facial hair growth, its thickness, and its density…what kind of style would be most appropriate for your facial structure.
For the reply to the above….do check out our next issue of Bride Of Honour wherein we will give you an in-depth info on face types and various beard styles that suit the best. Stay tuned!!!